Sir Geoffrey Clifton-Brown calls on the Government to reassess the decision to withdraw duty-free shopping in this country and VAT rebates as this decision will have a knock-on impact on high streets all across the country and could cost up to 40,000 jobs. 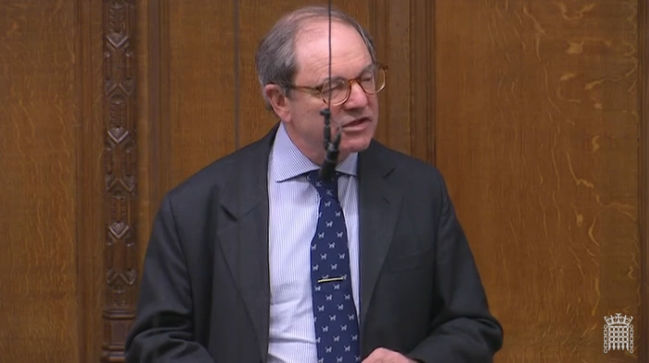 I wish to devote the bulk of my speech to dealing with the decision by the Treasury to withdraw duty-free shopping in this country and VAT rebates, the so-called VAT RES, or, as some in the popular press have dubbed it, the “tourist tax”. I fully support the Chairman of the Treasury Committee’s call for a comprehensive reassessment of the matter. Indeed, in its hearing on 1 December, the OBR said it had given the policy its highest possible uncertainty rating.

The OBR also said it had no confidence in the Treasury numbers, that HMRC had no data of its own on the cost of VAT RES, that HMRC was wrong to assume that introducing a 20% tax would have no impact on visitor behaviour and that the OBR had assumed a price inelasticity of 1.9. Finally, the OBR said that there had been no consideration of the knock-on impact on associated sectors such as hotels, and no taking into account of any falls in VAT from fewer and shorter trips from wealthy visitors to this country. We must be crazy to want to deter wealthy overseas visitors from coming here to stay in our hostelries and from spending a lot in our shops.

There is a common perception that this measure only affects Oxford Street and Bond Street; in fact, as I said to the hon. Member for Gordon (Richard Thomson), it affects the entire United Kingdom. It will affect companies such as Mulberry, Burberry, Church’s, Johnstons of Elgin in his constituency and, in fact, the whisky industry in Scotland. That is losing jobs. It is estimated, as he said, that up to 40,000 jobs across the UK could be lost by this decision, which will affect regional airports, manufacturing in Blyth, Yorkshire and Somerset and high-value shopping areas such as Edinburgh, Dundee, London, Manchester and Leeds.

I call on the Treasury to think very hard about this decision. Even if the hon. Member for Gordon and I are wrong, and the decision does not cost 40,000 jobs, it may still cost half that—20,000 jobs. The Red Book states that the decision may cost half a billion pounds—the industry does not think it will—but that is chickenfeed compared with the loss of those jobs.

In the second part of my speech, I will speak to my constituency. In Cirencester, the biggest town in my constituency, 41 shops have closed or are about to close. In all my small town centres, half a dozen shops are going to close because of covid—that is about 60 shops, at least. As I did in a question in the House last week, I call upon the Minister and all tiers of central and local government to come together to have a massive exodus on to our streets when it is covid safe to do so. That can be done through a range of measures. The Minister was right. We are pleased that the Government have put so much money into our high streets through the towns fund, but we also want other measures such as car parking, broadband and rates reform.