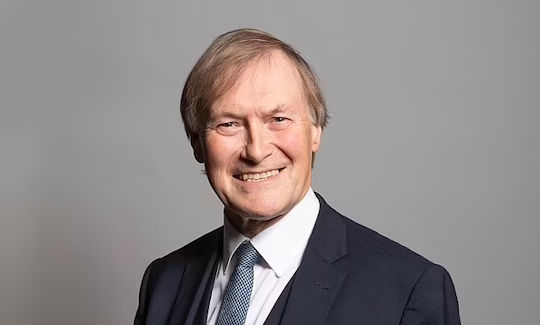 David Amess was elected to the Basildon seat in 1983 and 9 years later in 1992 I was elected. We have remained really close friends and colleagues ever since, so much so that in August of this year David asked me to interview him alongside Trudy Harrison MP, for his new book Ayes and Ears: A Survivor’s Guide to Westminster. I would urge you all to read this fantastic book which will support the three charities David was raising money for. It was an honour to be able to reflect with David on his time in Parliament, in the interview he called Parliament the mother of all democracies and how much he ‘loved the place’.  What a tragedy he was killed whilst doing his best to help his constituents.

David’s devastating loss has caused me to reflect on the nature of British Politics in the 30yrs that I have been in the House. I think the Nation as a whole have become far more impatient, intolerant, and rude to one another. This has been undoubtably magnified by the influence of social media. The harsh words that lead to more division can make a small number of people believe that violent acts are justifiable.

Therefore, it is essential that we set an example through our behaviour in the House of Commons. It is partly about the language we use; I have always tried, but not always succeeded in making my political attacks on the opposition about policy differences, not about the individual. The public outside often seem to forget that many of us are friends across the House, indeed I count one member on the opposition benches as a childhood friend. It is possible to strongly disagree with someone’s views in a civilised manner, for example David and I fundamentally disagreed on one issue, but in no way did that impact our friendship.

David should not have died like this, we have lost a lovely man, a special friend, and an incredible MP. My thoughts are with his wife Julia, his children, family and loved ones at this devastating time.  I would like to mention again David’s book which championed positivity and happiness, he truly enjoyed his role as an MP, being one of the most dedicated, passionate, and hardworking constituency MPs, and as David said during the interview for his book “A smile doesn’t cost anything at all, it raises spirits”.