Jamie Alcock, a Gloucestershire-based farmer is raising money for charity with a three-week-long journey by Shire Horse from MOD St Athan near Cardiff to Hampton Court Palace near London, between the 1st - 20th of June. Joining Mr. Alcock on his charity drive, are Shire Horses Millie and William, as well as Boo Boo Beithe the dog and the carriage groom Nigel. The team is raising money for three charities Police Care UK, The Royal Air Forces Association, and The Shire Horse Society. 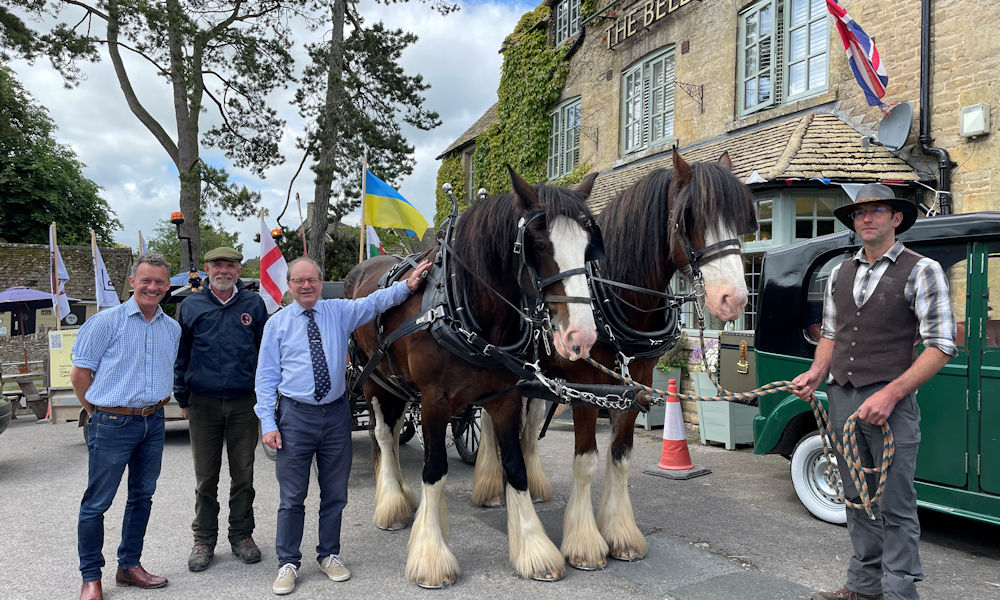 MP for the Cotswolds, Sir Geoffrey Clifton-Brown joined the crowds at The Bell in Stow-on-the-Wold, to cheer Mr. Alcock and his Shire Horses on as they made their last stop in the Cotswold constituency.

“It was a real treat to be able to meet Mr. Alcock and his shire horses as they made their journey for charity from near Cardiff, through the Cotswolds to Hampton Court Palace. He hopes to raise an enormous amount of money for three very worthwhile charities. I was able to join the team at the Bell in Stow-on-the-Wold to cheer them on, before Mr. Alcock drove his pair of shire horses around the marketplace, attracting considerable interest and surprise from locals and visitors alike.

“These horses are magnificent animals and when fully grown at 7 and half years old they weigh over a tonne. Their strength and power, yet gentleness, is the reason why they are still used for performing a range of heavy duties on Coldcroft Farm in Gloucestershire, owned by Mr. Alcock. This was a fantastic experience and I wish Mr. Alcock all the success in reaching his fundraising target for Police Care UK, The Royal Air Forces Association, and The Shire Horse Society.” 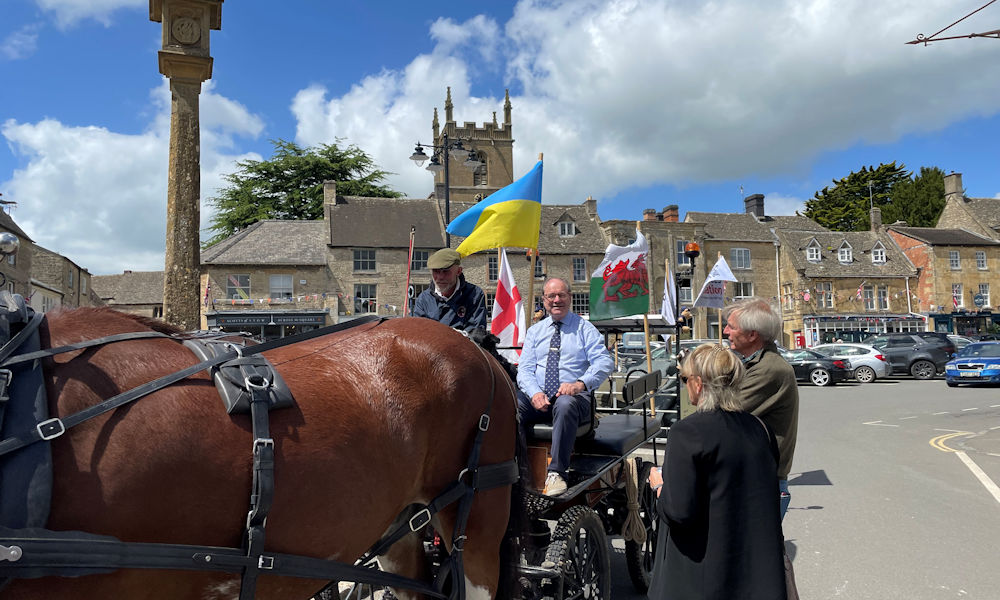 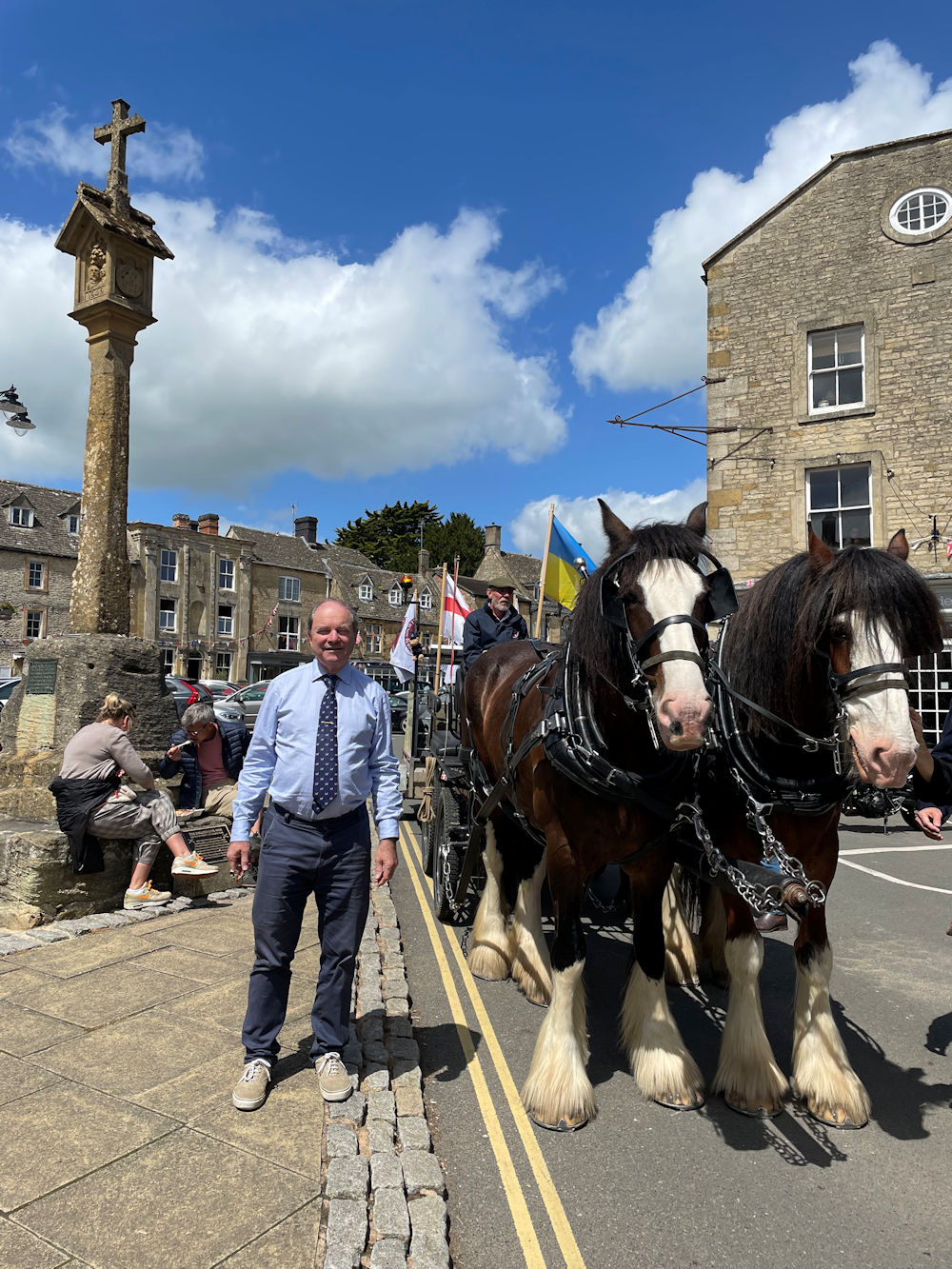