It has been 1,317 days since the result of the Brexit Referendum, I am sure I am not the only one who feels it has been longer, but tonight at 11 pm the Withdrawal Agreement comes into force and we will be leaving the EU immediately.
Following the election result, there has been an amazing transformation in Parliament with 108 new Conservative MPs bringing new talent, energy, and ideas to the party. With such a clear majority in Parliament and a new Speaker in place, we were able to complete all the stages of the Brexit Bill with plenty of time for debate and discussions, but none of the acrimony.
We are now entering the next stage of the Brexit process, the transition period which will be a difficult stage of complex negotiations. I will be writing a longer article on this stage next week, which I will put on my website. 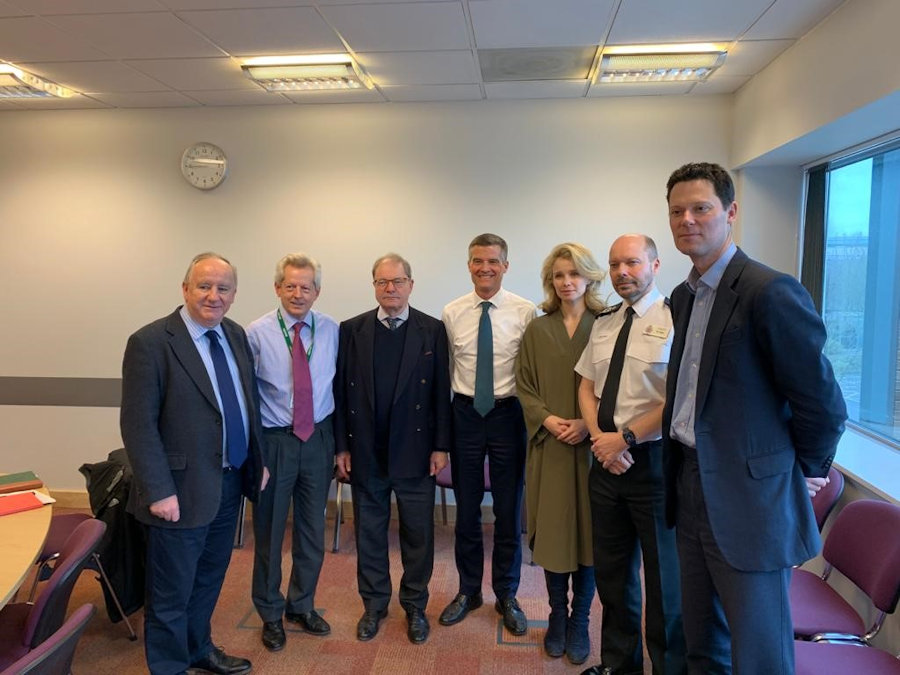 The Chief Constable organised a really informative event for Gloucestershire MPs. We covered burglaries, rural crime, child abuse, serious crime, modern day slavery, and fraud This was a very productive event for the MPs, with great, detailed answers to all of our questions. I hope it will be the first  of many great events that help increase understanding between the police and MPs. This week I will be having one of my regular meetings with the Cirencester Police Commanders, where we will be discussing local issues.

The Conservatives have announced an increase of up to £1.1 billion for police forces throughout England and Wales, to ensure our police can focus on keeping communities safe.  It comes on top of the Conservatives’ plan to recruit an extra 20,000 police officers, along with ensuring they have more powers and better kit. As a result, overall police funding is set to increase by the biggest amount in a decade. This will see more money available to recruit, train and equip police officers, as well as investment in national priorities like tackling serious and organised crime, and our counter-terrorism capabilities.

Gloucestershire is already set to receive an additional 46 officers this year, with more to come in the future. I am delighted that police funding in Gloucestershire will increase, the Conservative Party will always ensure that the police have the powers and resources needed to keep our citizens and communities safe.

I spoke in a debate in Westminster Hall led by West Worcestershire MP Harriett Baldwin on the redoubling of the Cotswold line. There is a compelling business case for redoubling this line which will deliver very high value for money and will support economic and population growth, tourism, connectivity to London and other regions, access to jobs and reductions in road congestion.

Following the Government statement on Iran, I called on Iran to co-operate with the international community on the investigation of the downing of the Ukraine International Airlines aircraft and hand over the flight recorders to international investigators.

I called on the Prime Minister during PMQs to secure the commitments made in the Conservative manifesto on the roll-out if broadband and mobile phone signal in rural areas by 2025.

Speaking in the debate on the NHS Funding Bill, I condemned the disastrous NHS PFI deals and seeks assurance that the Government will be reversing that policy and the money will go into local NHS trusts.

I highlighted concerns following the Government's decision to allow Huawei technology to be used in the UK's 5G mobile networks and calls on the Government to run an information campaign to explain the technical, oversight and regulatory aspects of the arrangement.