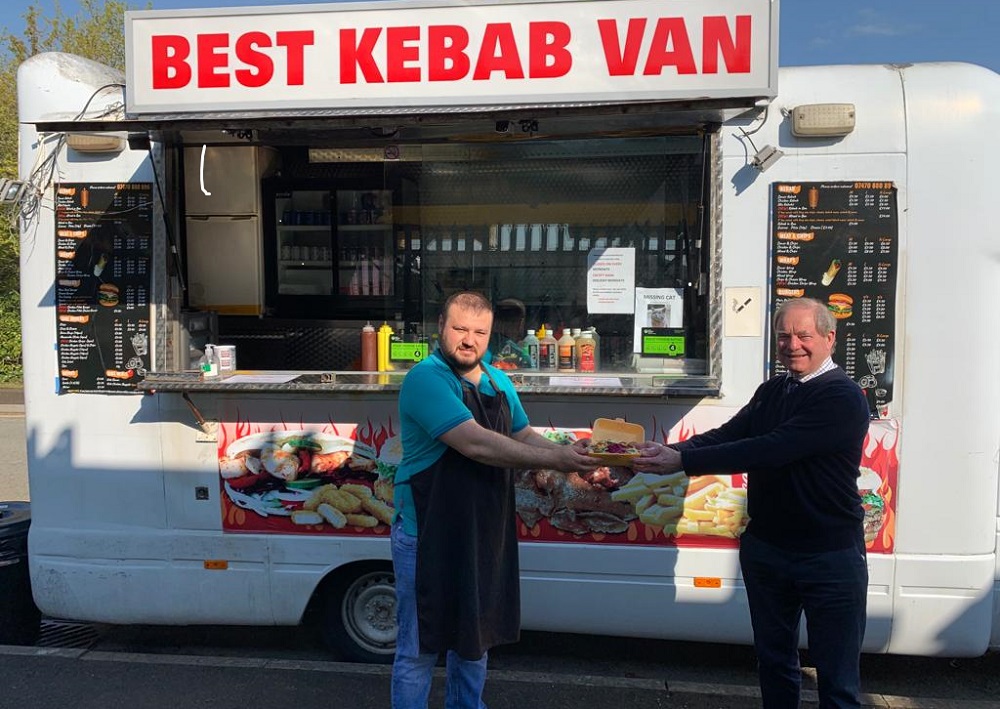 Bourton Kebab Van has been long listed for the British Kebab Award; the winners will be announced at a ceremony in London. Sir Geoffrey has welcomed the news as showcasing local success in the kebab industry.

Gongs will be presented for a total of 17 categories at the ninth annual British Kebab Awards, following a competitive nomination process. A panel of judges including MPs Nadhim Zahawi, Carolyn Harris, David Warburton, Angus Mcneil as well as James O’Brien of LBC will help to decide the winners of each category, although anyone could vote for their favourite kebab outlet from a shortlist for each category.

The British kebab industry contributes over £2.8 billion annually to the British economy, supporting around 200,000 jobs across takeaways, restaurants, suppliers and the food industry in the UK. There are also around 200 doner kebab manufacturers in the UK, with a turnover in excess of £750m.

“I am delighted that Bourton Kebab Van has been long-listed for the British Kebab Awards, which highlights their contribution to the kebab industry in the UK. It was a pleasure to meet Osman at his kebab van and try some of his food. He is well liked by the local community and provides a very good service. I congratulate him for his success so far and wish him good luck in the semi-finals, I will be supporting his bid and hope he wins.”