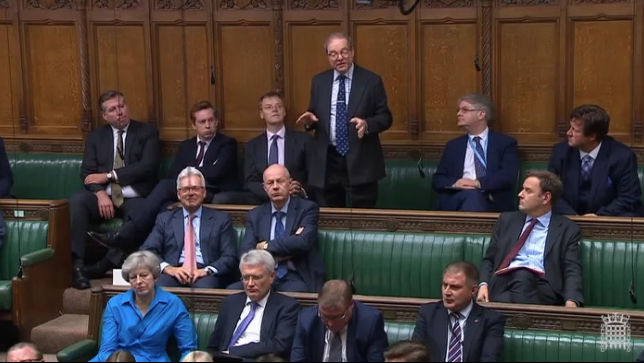 Party Conference season is over for 2019 and for those of you who did not have the chance to watch the Prime Minister’s Leader’s speech, I wanted to highlight some of the key announcements made and update you on the latest on Brexit.

I would like to start with some good local news, as a result of pressure from myself and fellow Gloucestershire MPs, the Transport Secretary, Grant Shapps MP, has agreed to a public consultation on preferred Route 30 to go ahead between 27 September – 8 November 2019.

Following the consultation, a Development Consent Order (DCO) planning application will be submitted by Highways England.

If this goes to plan, construction could go ahead in late 2021, with a possible 2½ year build plan.

I believe that the design of the option 30 will make this route much safer, reducing accidents and injuries, as well as eliminating the twice daily congestion which will result in lower carbon emissions.

The Cotswold Way National Trail and the Gloucestershire Way will benefit walkers, cyclists and riders, greatly improving the public footpaths. The Green Bridge will create a high-level connection to the National Trail, delivering a new wildlife corridor. A significant number of trees will be planted, to help omit any environmental impacts of the scheme.

I warmly welcome this consultation and hope that it receives a favourable reception so that finally the road can be built.

Have your say by visiting the consultation page below

The Prime Minister has written to the European Commission setting out our proposals for a new deal which will enable Britain to leave the EU in an orderly way, maintaining our strong relationship.

The policy of the government is to leave on 31 October. I have always maintained a strong preference to leave with a deal, but we must leave anyway if no deal can be agreed.

This week the government provided detailed papers including legal texts to the European Commission. It is a reasonable compromise, which takes into account the red lines on all sides and balances five factors:

1. The referendum must be respected. The 2016 ballot paper did not say ‘leave only if a deal can be agreed’. This deal ensures that the whole UK leaves the EU.

2. The integrity of the EU’s Single Market must be respected.

3. The integrity of the United Kingdom must be respected.

4. The peace process and land border in Ireland require the UK and EU to compromise.

5. Any special arrangements in Northern Ireland require democratic consent – it is impossible in a democracy to make permanent international deals that provide no democratic path for people to change how they are governed.

The link below will take you to the full letter written from the Prime Minister to the European Commission.

Letter from the PM to the European Commission

Yesterday I spoke in the House to welcome the Prime Minister’s proposals on the Northern Ireland as a significant step towards breaking the deadlock and urge him to negotiate 24 hours a day with every flexibility to get a deal.

I believe that this represents a significant step towards breaking the deadlock, which businesses and the vast majority of the people want to see. Can my right hon. Friend confirm that, in the spirit of goodwill now generated on both sides of the channel, he will negotiate 24 hours a day exhibiting every flexibility to get a deal?

I will strain every sinew, Mr Speaker. In fact, it was only my desire to appear before you and the House today that restrained me from going off to other European capitals and selling this project.

The Queen’s Speech will take place on Monday 14 October, so that the Government can bring forward its domestic agenda and deliver on people’s priorities. I have included below 10 of the priorities I believe are particularly important and I look forward to working with the Government to deliver them: